WEAVE: the multi-fiber spectrograph that will unravel great mysteries of the Universe

WEAVE: the multi-fiber spectrograph that will unravel great mysteries of the Universe 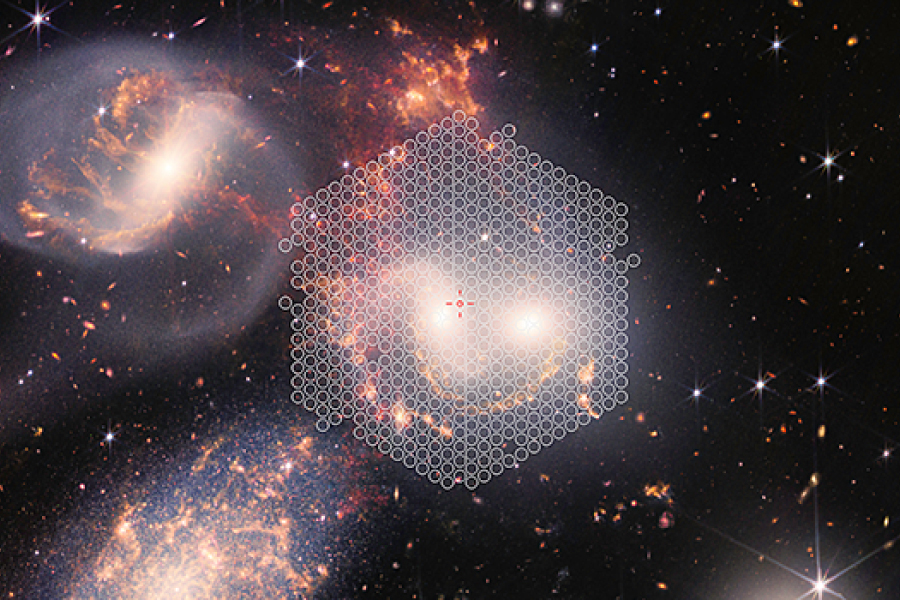 Image 1: Observation mode of WEAVE pointing to the Shephan’s Quintet for the observation of the first light. It collects the light of 547 points of the sky which will be analyzed by the spectrograph. Credits : © NASA, ESA, CSA, STScI ; Aladin

WEAVE: the multi-fiber spectrograph new generation that will unravel great mysteries of the Universe

SEDI-ATI has participated in the design of the LIFU and one MOS by the design, the setting up of manufacturing processes and the assembly of fibered sets.

Build a robust and flexible assembly of approximately 1000 optical fibers that will be mounted on the fiber positioner of the WEAVE spectrograph.

What is the WEAVE spectrograph?

WEAVE (WHT Enhanced Area Velocity Explorer) is a fiber-optic mutli-object spectrograph installed on the William Herschel 4-meter telescope at the Roque de los Muchachos Observatory on the island of La Palma in the Canary Islands. WEAVE collects light at the primary focus of the telescope and transports it by fiber optics to a Nasmyth platform, 33 meters away, where the spectrograph is installed.

What is the mission of the WEAVE spectrograph?

The instrument can observe no less than 1000 celestial objects per hour. The scientific cases of interest are thus numerous from galactic archaeology for which WEAVE will complete the data collected by the Gaia mission (to improve our knowledge concerning the structure, the formation and the evolution of the Milky Way over billions of years), stellar, circum-stellar and interstellar astrophysics, the study of galaxy clusters and galaxy evolution, a survey conducted jointly with the LOFAR radio telescope and quasars. WEAVE will thus make it possible to solve eight major space surveys.

Observation of the first light

In December 2022, WEAVE successfully collected its first lights from Stephan’s Quintet, a group of five galaxies, some of which are colliding, located in the constellation Pegasus, about 280 million light-years from Earth (Image 1).

Indeed, the spectra showed the merger of two galaxies due to the presence of gas outside the galactic disks of NGC 7318a and NGC 7318b and a speed of movement of 2.9 million kilometers per hour. Thanks to these new facilities, the observations made are almost 100 times faster than before. The data produced are of high quality which promises major future discoveries. WEAVE produces spectra of regions in two hours and is very accurate in measuring velocities to within 12.5 km/s.
Gavin Dalton, WEAVE principal investigator, said, “The wealth of complexity revealed in this way by a single detailed observation of this pair of nearby galaxies provides a glimpse into the interpretation of the millions of spectra that WEAVE will obtain from galaxies in the distant Universe, and provides an excellent illustration of the power and flexibility of the WEAVE facility.”

WEAVE offers three observation modes that lead to three geometries for fiber optic cables. There are:

In France, WEAVE has been supported by the CNRS, the Observatoire de Paris-PSL and the Observatoire de la Côte d’Azur. GEPI is responsible for the work package associated with the fibers. SEDI-ATI is one of the three industrial partners who assembled the cables.

Because of our multiple contributions in the design of complex fibered assemblies for large instruments such as GIRAFFE, MEGARA or MOONS, we were asked to collaborate on WEAVE. We have worked on the co-design, development and assembly of the LIFU and MOS fibered assemblies of the WEAVE spectrograph. We brought our expertise in the choice of materials, fibers, and protective sheaths. And we manufactured and delivered 1 LIFU and 1 MOS. 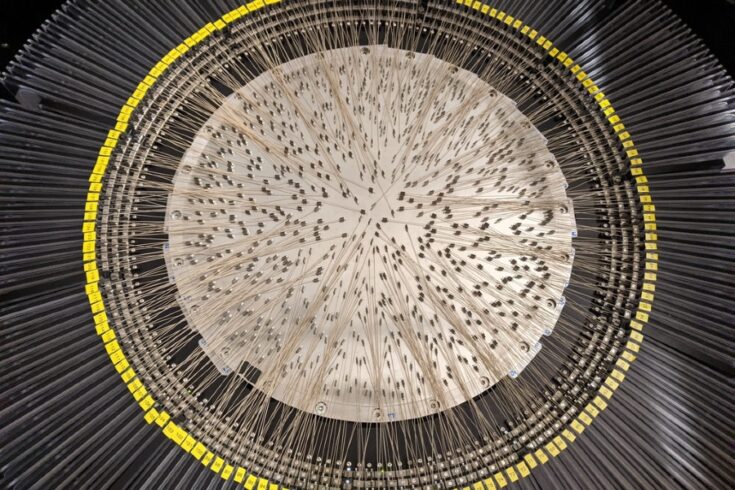 Image 2: A fully-configured WEAVE field, with 700 of around 950 fibres placed by two robots (out of frame), on location in the WHT. Credit: Gavin Dalton, University of Oxford and STFC’s RAL Space.

The whole has been designed and assembled with the assurance to keep an optimal rate of information transmission given its exceptional length of nearly 50 kilometers. Indeed, we managed to deliver 547 and 960 fiber assemblies, each 33 meters long, with a remarkable rate of damaged channels lower than 10-3.