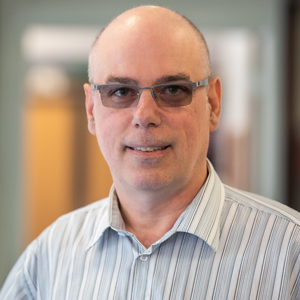 With a university diploma in international marketing method, Jean-Michel MALAVIEILLE first worked as Product Marketing Manager at Kawasaki Motors France in 1987. However, two years later, eager to learn and intrigued by the activity of the company SEDI Fibres Optiques, co-managed by his father François Louis and his uncle Patrice MALAVIEILLE, he decided to take optics lessons. Right after he flew to the USA where he joined the company Alcatel of North America in Roanoke, Virginia. There, as a Laboratory Technician, he learnt a lot about fused fiber optic couplers. Back in France in 1990, he was hired at ATI as Business Development Director to create a sales and marketing department focused on fiber-based components. That is how Jean-Michel developed the geophysics activity and initiated business with North American companies.

In response to a growing need for special custom-made products, Jean-Michel created the R&D department of SEDI in 2001 and was appointed Research and Development Director, a position he still holds today at the head of a team of 5 engineers.

Besides, Jean-Michel holds 8 patents, 6 of which are for SEDI-ATI, 1 for Phonoptics, and 1 for the IFP (Institut Français du Pétrole). He brought one of his patents, about an optical fiber capable of measuring movements, to the Optical Graduate School Institute. There, he met a team of future engineers among which Vivien STAEHLE. This successful collaboration between Jean-Michel and Vivien ended up in 2014 with the creation of Phonoptics, a start-up specialized in optical fiber microphones. Phonoptics won several competitions such as “Photon d’or”, “Fiber Award of Innovation Optics Valley”, “Tremplin Entreprises Competition” and “Scientipôle Initiative”.