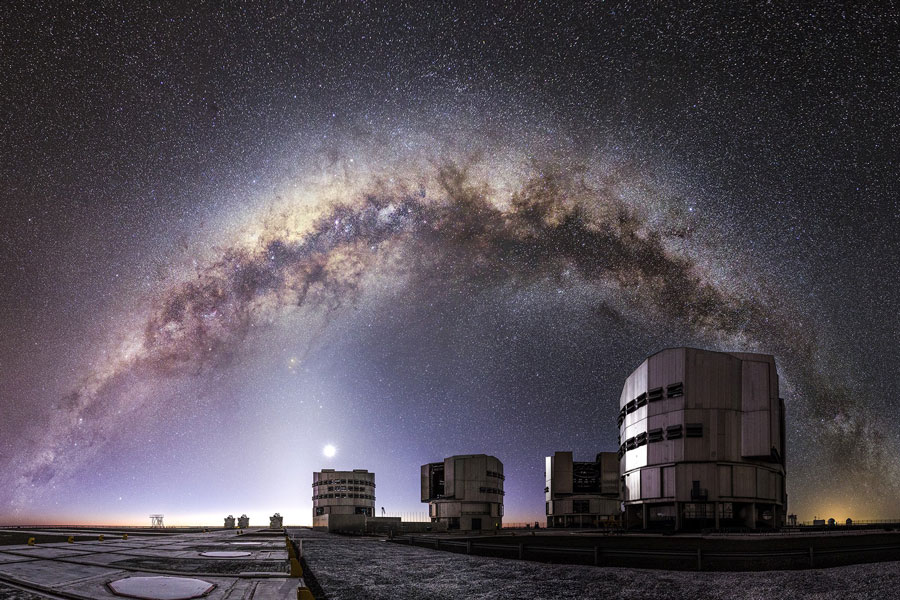 GIRAFFE : the VLT multi-fiber spectrograph revealing the birth of galaxies.

The challenge
Provide flexible multi-fiber assemblies arranged in a coherent configuration and threaded over several hundred meters of jacket.

SEDI-ATI solution
Unique expertise in optomechanics as well as in complex and delicate multi-fiber assemblies over hundreds of meters, and precisely arranged in a matrix layout with microlenses.

GIRAFFE : the VLT multi-fiber spectrograph revealing the birth of galaxies

SEDI-ATI is specialized in complex assemblies of a high number of fibers for large instruments.

GIRAFFE is a multi-fiber spectrograph for the entire visible range from 370 nm to 950 nm. It has been installed on one of the four VLT (Very Large Telescope) of the ESO (European Southern Observatory) in Chile since 2002. This instrument allows high-resolution spectral observations of a wide variety of celestial objects, from the stars of the Milky Way to the most distant galaxies.

The principle of the instrument consists in positioning on the sky, in a field of view of 25 arcmin in diameter (about the size of the moon), a series of optical fibers, each of which is designed to collect the light from a portion of the sky. The light is then channeled by these fibers to the spectrographs where it is diffracted to obtain a spectrum.

The lines present in the spectrum of a galactic object are a goldmine of information! Their characteristics tell us about the physical properties of the object observed, such as its speed, its temperature or its degree of ionization. The study of the spectra of celestial objects makes it possible to map galaxies and to study their movements and evolution. All this information could help to learn more about the birth of galaxies. How did the first galaxies appear? And why?

SEDI-ATI has designed and supplied multiple fiber configurations linking the focal point of the telescope to Fiber Large Array Multi Element Spectrograph FLAMES installed on the UT2 of the VLT. FLAMES is composed of the two spectrographs GIRAFFE and UVES. The fiber optic links provided by SEDI-ATI allow UVES to observe simultaneously a maximum of 8 objects with a very high spectral resolution (R ~ 47000), and GIRAFFE to observe 15 galaxies at the same time or a little more than 130 objects of small dimensions but with a slightly lower resolution (typically between R ~ 5000 and R ~ 30000).

SEDI-ATI has worked on the fiber systems MEDUSA, IFU and ARGUS that feed the GIRAFFE spectrograph.