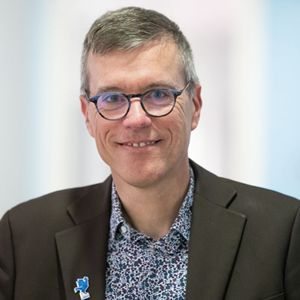 Jean-François VINCHANT, Chief Executive Officer and President of SEDI-ATI Fibres Optiques, has taken over the company since July 2016 to consolidate the optical fiber technology in France.

Graduated in engineering school and PhD in electronics and optoelectronics, Jean-François spent 20 years, from 1990 to 2009, within the French optics valley in Essonne within companies, such as Alcatel Corporate Research, Alcatel Optronics, Avanex, and 3S Photonics. At Alcatel Optronics, he introduced the first DWDM laser into production as well as the first 10 Gb/s integrated elecro-absorption modulator with a DFB laser. After an MBA at ESSEC business school, he run Polycaptil, an SME based in Besançon, from 2009 to 2016.

Since 2008, Jean-François has also been an independent expert in Photonics to support the European Commission. In 2018, he became Vice President Industrials and Academics at Photonics France. And in May 2019, he was appointed as the chairman of the Optics & Photonics Hub at Systematic Paris-Region, the first Deeptech European cluster.