SEDI•ATI Fibres Optiques has produced for many years multimode fiber optic coupler/divider based on a proprietary technology.

The two port fibers are polished laterally up to half of their diameter and then assembled and spliced to the common fiber. This technology offers several interesting characteristics compared to standard fused couplers: a coupling ratio not affected by wavelength variation, very low sensitivity to modal conditions and possibility to couple or divide large core step index fibers as well as graded index fibers. However the fibers inside such components are assembled with adhesive a process which is not adapted to high power operation. A 2X1 multimode coupler able to withstand high optical power did not exist on the market. An important R&D program was launched by SEDI•ATI in 2012 to find a solution to this problem. The idea was to fuse the polished fibers together instead of gluing them. Maintaining a perfect geometry during the fusion process was of course a difficult challenge but the first results obtained are above expectation. The first model developed using an OFS all silica step index 600 µm fiber was tested successfully at 180 W. A second version using 105 µm “launch” OFS fiber is under development with an expected performance of 100 W in the common port. 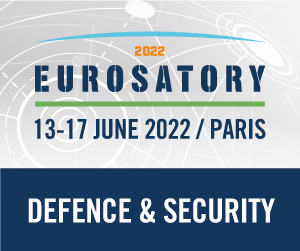 Visit SEDI-ATI at Laser World of Photonics from April 26 to... read more